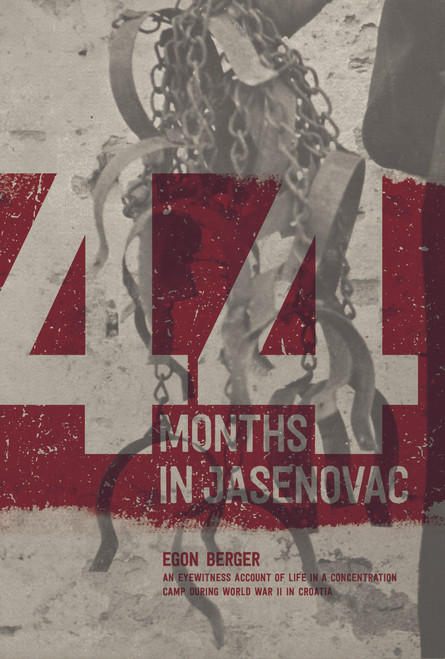 An eyewitness account of a prisoner in Jasenovac, a concentration camp in the former Yugoslavia during WW II. This book is an authorized translation of the original book that was written in Croatian in 1966. What follows was written by the original publisher.

There is no stronger or more reliable material than the one that is born from one’s own experience.

Eyewitnesses and direct participants provide us with not only the facts, but also that sublimely human spirit common to all happenings in which people participate. It doesn’t matter that this account is about the fear that the people of Jasenovac experienced, or about the deeds of their torturers.

And there is a witness, right in front of us, who found the strength to reminisce, to go back to the place of his torture, to break the psychological barriers, and to lead us step by step through his nightmare, through waves of terror that exceed every notion of horror. From the beginning of his time at Jasenovac to the end, Egon Berger was witness—and victim—to a rampage without limit. Of those who survived, he is the only one who told the story.

Berger does not bring us a literary masterpiece—he brings us only the experience, a story about forty-four months of his life in a camp, told simply. A story is enough—a story that calls images to mind and makes us tremble with the thought, “Are such things possible?” For myself and every person who had been to Jasenovac and lived, it is a miracle that we survived.

Yes, it is possible, it is real, and it is true.

A terror arose in front of us from the oblivion. It should not be forgotten. Share this record with future generations who will hopefully not know such terror.