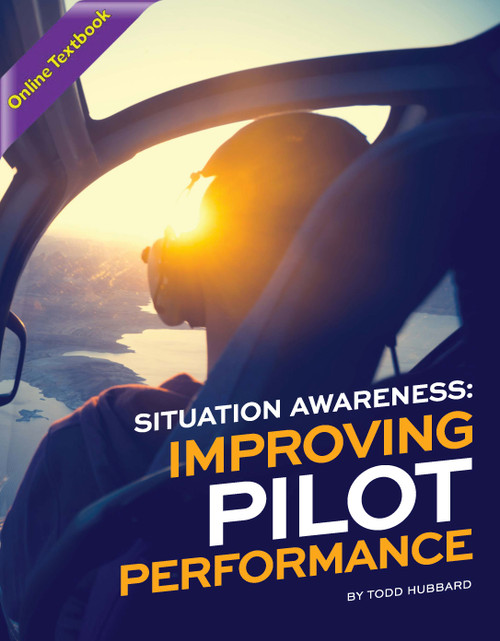 Standing on the shoulders of those who truly wrote the book on situation awareness the author furthers the discussion by taking a deep dive into the 22 descriptive elements of this important area of inquiry. It is easy to say someone lost situation awareness, but it is much more difficult to describe what was lost. To help remedy this shortcoming the author highlights one of the elements in each chapter: telling personal stories and discovering stories from within National Transportation Safety Board reports where situation awareness was lost or gained. Questions at the end of each chapter will promote discussion and activities. This book is a perfect companion text for courses on crew resource management, safety, human factors, and aviation physiology and psychology.

Todd is the Clarence E. Page Professor of Aviation at the University of Oklahoma, joining the School of Aviation Studies in 2012. He earned his Bachelor of Arts in History from Oklahoma State University and was commissioned into the USAF in May 1974 and retired from the USAF in 1995. During his USAF career, he flew and commanded the KC-135, T-37 trainer, U-2R, TR1-A aircraft. His certificates and rating include, Gold Seal flight instructor, Functional Check Pilot (T-37), Instructor Pilot (Single Engine (U-2R); Multi-Engine Instrument in T-37). Todd’s flight experience includes nearly 2,300 hours in the KC-135 and T-37 and more than 1,100 hours in the U-2R, TR-1A, and U-2C models of the high-altitude reconnaissance aircraft from worldwide locations. He served as commander of Loring Maine's T-37 accelerated copilot enrichment program, twice commanded the 4402nd Reconnaissance Squadron (provisional) at King Fahad Air Base, Taif, Kingdom of Saudi Arabia, and commanded the Services Squadron at Beale AFB CA. As a U-2 high altitude reconnaissance pilot, he flew 60 missions on behalf of the President of the United States, the Secretary of Defense, the North Atlantic Treaty Organization, the United Nations, foreign customers, and theater commanders in all worldwide regions. He served as a Reconnaissance Staff Officer for NATO (1989-1992). As a Tactical/Evaluation observer pilot for NATO, he flew evaluation missions in the RF-4C and RF-16. Todd earned his MS from Embry-Riddle Aeronautical University (international campus) in 1987. Following USAF retirement, he worked as an instructional designer/programmer and E-3AWACS simulation for the Boeing Company in Midwest City OK and was a contract instructional systems designer for the University of Oklahoma, building courseware for Federal Aviation Administration air traffic controllers at the Mike Monroney Aeronautical Center in Oklahoma City. Following a dramatic ejection on takeoff in the U-2, Todd experienced both physical and psychological challenges. It was his interest in physical and psychological healing that led to his career as Human Factors researcher. Todd was the editor-in-chief of three scholarly journals from 2001 to 2015. His focus areas are situation awareness, workload management, fatigue, stress, risk management, and pilot mental health issues. He served the FAA as Principal Investigator on three FAA Center of Excellence projects. Todd continues to conduct research, mentor students, and teach courses at the University of Oklahoma. He is happily married to Suzanne and if often around his 17 grandchildren.