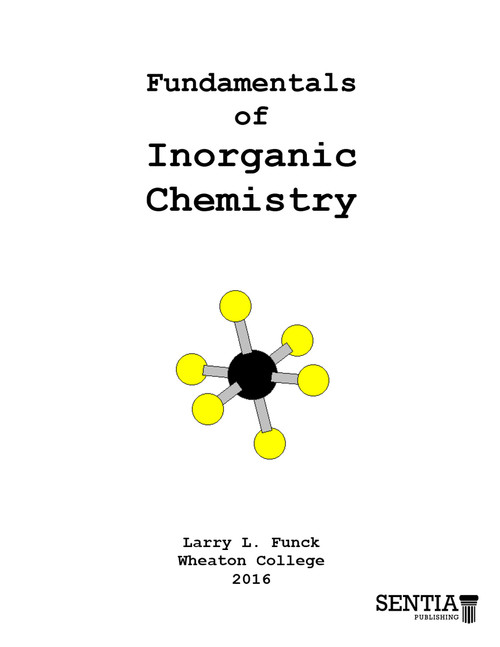 Fundamentals of Inorganic Chemistry is intended as an introductory text on the subject, suitable for use in a single semester course as early as the freshman second semester, and as late as the junior year. It assumes fundamental ideas usually covered in a General Chemistry curriculum including stoichiometry, phases of matter, chemical and physical equilibria and kinetics. Because of the importance of thermodynamics for the understanding of inorganic trends, the first chapter provides a brief review of this subject.

The primary goal of the text is the development of an understanding of the structure and reactivity of the elements and their compounds based on current models of atomic structure and bonding. A conceptual, non-mathematical but rigorous introduction to atomic structure leads to a consideration of various models of chemical bonding. Chapters follow on the solid state, types of chemical reactions, electrochemistry and coordination chemistry. A chapter on the general patterns exhibited on the periodic table provides a prelude to a series of chapters surveying the trends in the descriptive chemistry of the elements and their compounds as one progresses across the table. The emphasis throughout this latter section involves application of the principles and theories introduced in the prior chapters. An effort is made to include an interdisciplinary flavor through the inclusion of geologically and biologically related aspects of the descriptive chemistry.

Larry Funck (Ph.D., Lehigh) served on the Chemistry faculty of Wheaton College (IL) for forty-two years, achieving emeritus status in 2011. During this time, he taught General and Inorganic Chemistry with brief forays into other areas, including Physical Chemistry. He has continued to serve in an adjunct role at Wheaton to the present time, principally as a laboratory instructor and as a participant in an interdisciplinary course in which he has lectured on the origin of life. In 1995-96 he was a Fulbright Fellow, serving on the faculty of the National University of Lesotho in southern Africa. He has been active in various aspects of chemical education throughout his career, including participation on ACS examination committees and leadership in the College Board’s Advanced Placement Program, culminating in a term as Chief Reader (2009-2013).