Our Vidas, Our Historias: Hispanic Voices from the Crossroads (Dr. Karen Hagan) - eBook 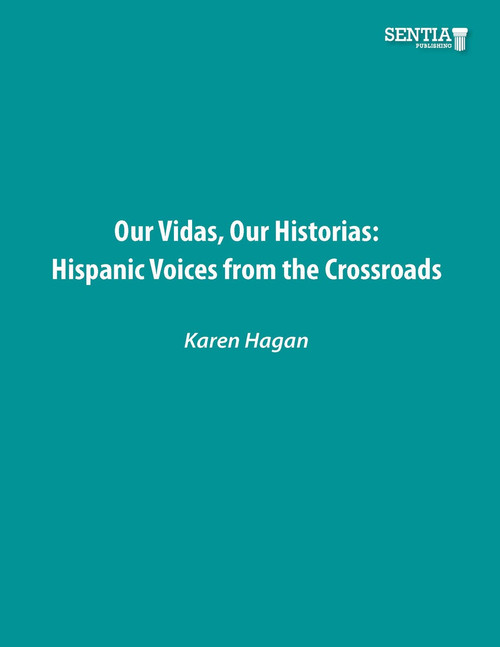 Our Vidas, Our Historias: Hispanic Voices from the Crossroads (Dr. Karen Hagan) - eBook

This book came from a simple conversation I had with two colleagues one summer day in 2010.  Oral history was in the news thanks to a recent novel and movie, and I was considering developing a project.  I was curious, interested in trying a new approach to history, and intrigued about what oral history might be able to teach my students.

My colleagues, Dr. Margaret Janowski-Bell and Dr. Anita Brunsting, happened to be the faculty advisors of Victoria College’s chapter of the Phi Theta Kappa honor society, and they ended up joining my interest in oral history with students from the organization.  Within a few short weeks, I found myself running a Hispanic oral history project with four honors students.

We conducted interviews for about a year, speaking with people either recruited by the students or who signed up voluntarily at a booth we operated briefly at Victoria College.  The quotes we obtained became part of a student honor society project that was presented internationally.

Gradually, though, I came to realize that the words and recollections of our subjects amounted to more than just a successful project.  Our interviews contained the memories and experiences of a group of people so often lost to history.  Our subjects weren’t famous.  Few were wealthy.  They were part of the quiet majority – the people who worked and raised families and tried to improve themselves and their children all the while shrouded in anonymity.

In this quote book, readers will hear from Hispanics who live alongside them, shop with them, stand in line with them, and experience the same aggravations and joys shared by all average citizens.  They describe delicious meals and personal triumphs, the pain of childbirth, and the desire to work.  They talk of language, housing, family, and childhood in ways that are relatable and familiar.  But these individuals are far from uniform.  One was a television actor in Puerto Rico.  One recalled living amid gang members as a teenager.  Some faced crushing poverty or were infuriated by racism and sexism.  Many made their way into the professions, becoming teachers, doctors, businessmen, and professors.  Their stories are here, unfolded in quotes and in spotlights where a single individual is allowed to speak at length, and they expose the incongruity of the term “average citizen.”

About the author: Dr. Karen Hagan is a Professor of History at Victoria College in Victoria, Texas.  She has degrees in History from Skidmore College, The University of Virginia, and Louisiana State University.  The author of Voices in the Storm:  Confederate Rhetoric, 1861-1865, she lives in Victoria, Texas.