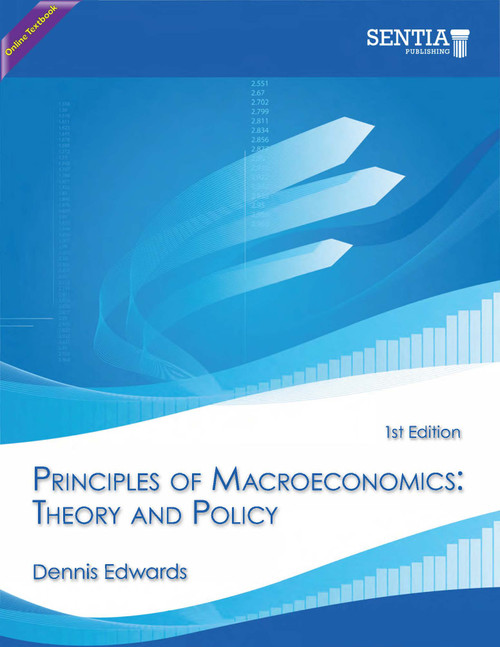 Principles of Macroeconomics: Theory and Policy is a textbook for today’s student.  It is written in a conversational style and filled with everyday examples that make studying economics much less esoteric.  Paying special attention to the oft-ignored international sector, the book contains several historical policy examples that illustrate whether or not theory is as effective as the models predict.  The text is suitable for 2- and 4-year colleges and universities as well as practitioners needing a basic economics refresher for MBA study.

Dennis S. Edwards is Professor of Economics at Coastal Carolina University (CCU) in Conway, South Carolina.  Dr. Edwards teaches undergraduate students at both the principles and intermediate level in macroeconomics and microeconomics.  During his time at CCU, Dr. Edwards has also developed courses on U.S. Fiscal Policy and Economics and National Security.  His research expertise centers on American fiscal studies and post-9/11 terrorism.

Dennis is a member of the Academy of Political Science, American Economic Association, Southern Economic Association, as well as the Omicron Delta Epsilon and Beta Gamma Sigma Honor Societies.  He has been included in the Sterling, Madison, Emerald, and International Who’s Who societies, as well as having been recognized as the Outstanding Member of the Year in Economics for the State of South Carolina by the Madison Who’s Who of Professionals in 2008.  Dennis was also named as a nominee for the Coastal Carolina University Professor of the Year Award in 2012.