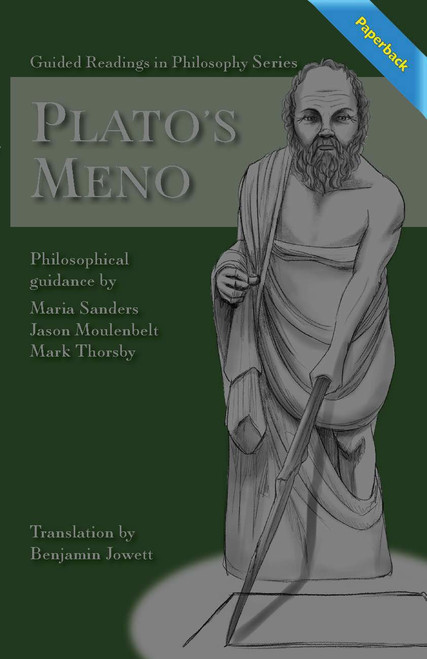 The Guided Readings in Philosophy Series (GRIPS), written by three seasoned Philosophy professors, offers a framework for critically reading historically significant philosophical works. Each book in the GRIPS series is designed to guide the reader on a meaningful journey through the arguments, implications, and nuances present in each work. In Plato’s Meno, the reader is guided through the attempt to understand the essence of virtue and whether one can acquire it. Readers are encouraged to consider the usage of the Socratic Method and Socratic Irony while exploring epistemological questions about knowledge, such as How we come to know things? and What sorts of things can be known?

Maria Sanders is a Philosophy professor and coordinates the Philosophy program at Plymouth State University in New Hampshire. Holding advanced degrees in Philosophy, Law, Business, and Music, she is also an attorney and founder of Philosophy 4 Life, LLC which promotes meaningful living.

Jason Moulenbelt is a Philosophy professor at Virginia Pen-insula Community College. An applied ethicist he has spent his career engaging his community, whether in person or on a local radio program, in open philosophical discussions focusing on the personal and scholarly relevance of ancient ethics in modern life.

Mark Thorsby is a Professor of Philosophy and the chair of the Philosophy and Humanities Department of Lone Star College in Houston, Texas. He has written on the phenomenology and environmental ethics and hosts a popular video channel, Philosophical Techne, on YouTube.